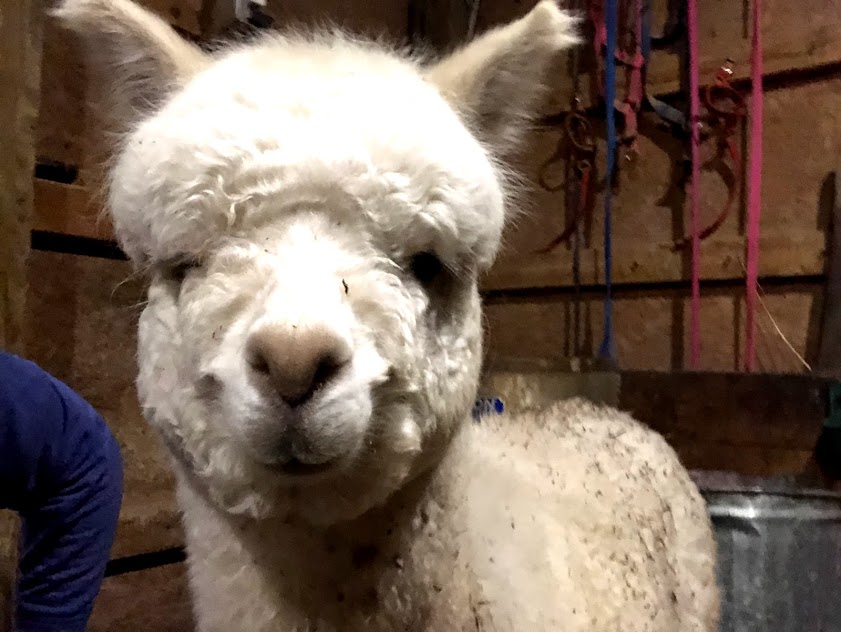 This is our sweet Cypress, with his early morning, not ready to wake up yet but still smiling face! 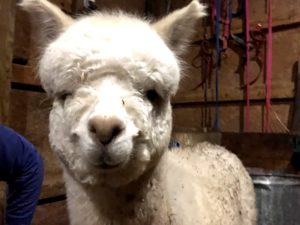 He is ok now, but last month, he created a pretty scary scene to witness.

Alpacas are naturally very curious animals, and they like to stick their heads in places they don’t belong.   No matter how hard we try to “alpaca” proof their living area, they do live on a working farm – and sometimes things end up where they shouldn’t be.

Before you read further – please first know that Cypress is ok.   He is completely healed now, and has full vision in both eyes.

The wound that you will see was caused by a metal t-post clip.   The best we can figure is that he stuck his head through a fenceline and snagged the clip as he was trying to move his head out.

The night after it happened

As a typical evening at the farm goes, Brian and I were doing different things.   I was up at the alpaca barn feeding and something strange caught my eye over on the boy’s side: it was Cypress with a massive amount of dried blood on his face and a piece of  metal coming out of his head… I started yelling loudly for help.

***WARNING  – the photos below are a little graphic*** 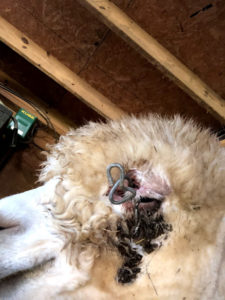 Brian helped me to back Cypress in a corner, and we were relieved that this was not straight through his eye as I initially thought.  Rather, it is pierced through the skin above his eyelid.   After a few quick seconds of brainstorming on how to remove it, we decided that I would hold Cypress, and Brian would use the fencing tool to cut the curved part and it would just come straight out.

We are all very, very lucky that this is exactly what happened.   Clip removed, wound and face sprayed with saline… and our sweet boy now just needed time to heal. 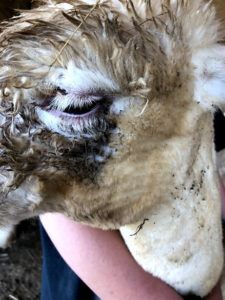 A few days later, he was back out in the pasture with his brother, and other than the dried blood and some visible swelling… he’s now back to his sweet and smiling self. 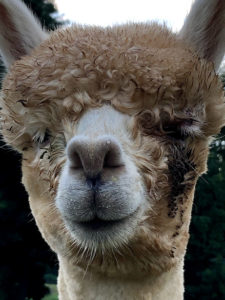 S&B Bell Farms is a participant in the Amazon Services LLC Associates Program, an affiliate advertising program designed to provide a means for sites to earn advertising fees by advertising and linking to www.amazon.com

Item added to your cart