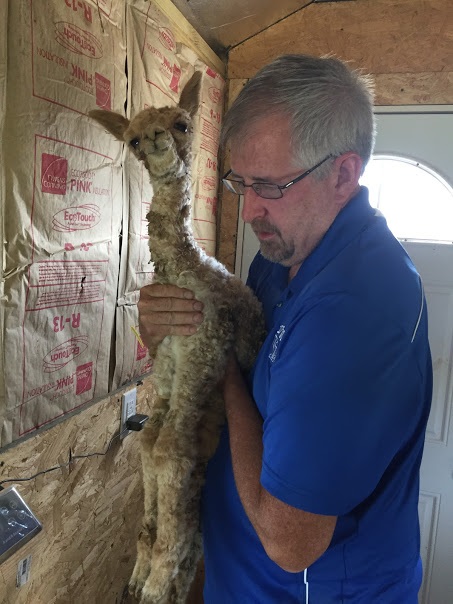 Tuesday was one of those days for us at the farm that didn’t go at all as planned. We took off work for one reason: to pick up Beate! Our friends at Eagle Bend have been working to get her bred, and she finally was confirmed pregnant on Thursday last week. She’s about 2 months along (due summer next year), and we were so excited to finally take her home.

Well, Tuesday was hot. And the farm truck doesn’t have air conditioning. And Eagle Bend is almost 3 hours away. So, by the time we got home I was just miserable. We developed a plan that I was going to get a bucket of water for Beate, and Brian wanted to grab the clippers to trim her nails before we let her out of the trailer. As I was drawing the water, I heard Brian yelling, “we have a baby!! WE HAVE A BABY!!!” I walked inside the gate, and this was what I saw: 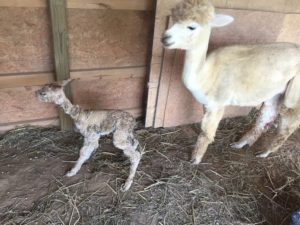 A newly born bundle of goo and legs… a precious little baby boy. He was a little early (his due date range was September 10 – September 21), and a little underweight at only 12.6 lbs. 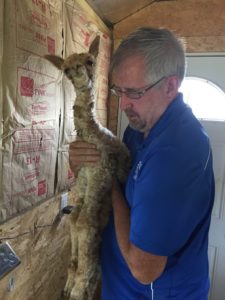 The rest of the evening was spent trying to get Beate used to her new surroundings, and working with Emily and the new baby nursing. As I mentioned, he was early – so we were not yet prepared with everything we needed for his birth. As the hours ticked by, we grew more and more concerned that he hadn’t eaten nearly enough. About 11 we took a field trip to WalMart and bought bottles, whole milk, and plain yogurt – just in case we needed to supplement him until TSC opened the next morning. We made up a bottle as directed, and the little squirt took just a few sips… realized it wasn’t his mama… and then he decided that if that was the alternative, that he could figure out what to do! At 1, we left them alone to rest – and prayed that he would make it through until the morning. I set my alarm for 5, and went racing to the barn. 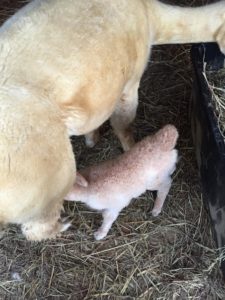 We were so relieved!!!

He’s such a little thing, but after that first night and initial drop in weight, he’s been steadily gaining since. Now, he loves to run around and spend time lounging next to his mom and Aunties.

S&B Bell Farms is a participant in the Amazon Services LLC Associates Program, an affiliate advertising program designed to provide a means for sites to earn advertising fees by advertising and linking to www.amazon.com

Item added to your cart